Secondary students will learn in a purpose-built, environmentally friendly modular space. This includes new classrooms, a multipurpose room, laboratories and a new office as part of a five-year project. 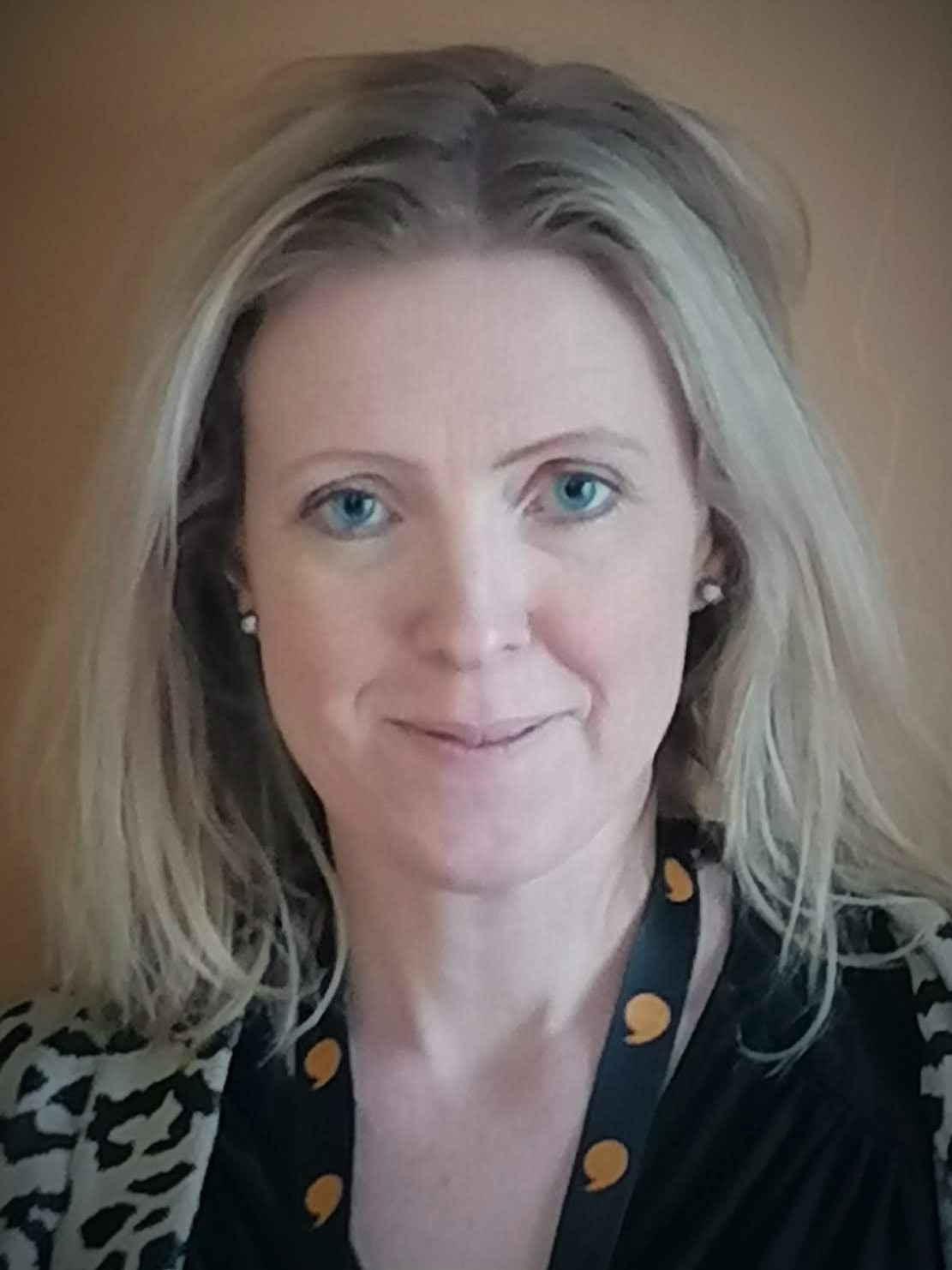 Lucy-Ann has been teaching for over 15 years: From 2017 to 2020, she has been the Head of Languages Faculty of Penglais Secondary School, responsible for leading a team of nine teachers in a school with 1,400 pupils. From 2005 to 2013, Lucy has been an Examiner for GCSE English Literature on the Welsh Joint Education Committee Exam Board. From 2013 to 2017, she worked as English, French, Spanish teacher for Penglais Comprehensive School. From 2005 to 2013, she worked as Head of Lower School and teacher of English, Spanish and French at Tregaron Comprehensive School.

Lucy holds a Post Graduate Certificate in Education (PGCE) from the University of Wales Aberystwyth and has qualified teacher status (QTS). She holds a Master of Art degree from Essex University in Latin American Art and Architecture, specialising in Modern Art, Surrealism and Cubism. Lucy also has a Spanish and History of Art degree from Bristol University.

Lucy has previously worked as a researcher in The Tate Modern and Institute of Contemporary Arts. She has a passion for travel and has enjoyed living in several parts of Spain and South America. In Ecuador, she worked on a teaching project with disadvantaged children in Quito and later spent time living in the jungle in Mindo. Lucy’s daughters are being brought up in a trilingual household, and she is a firm believer that language skills open doors for our learners.

Lucy was born in Swansea, South Wales, and speaks English, Spanish and Welsh. 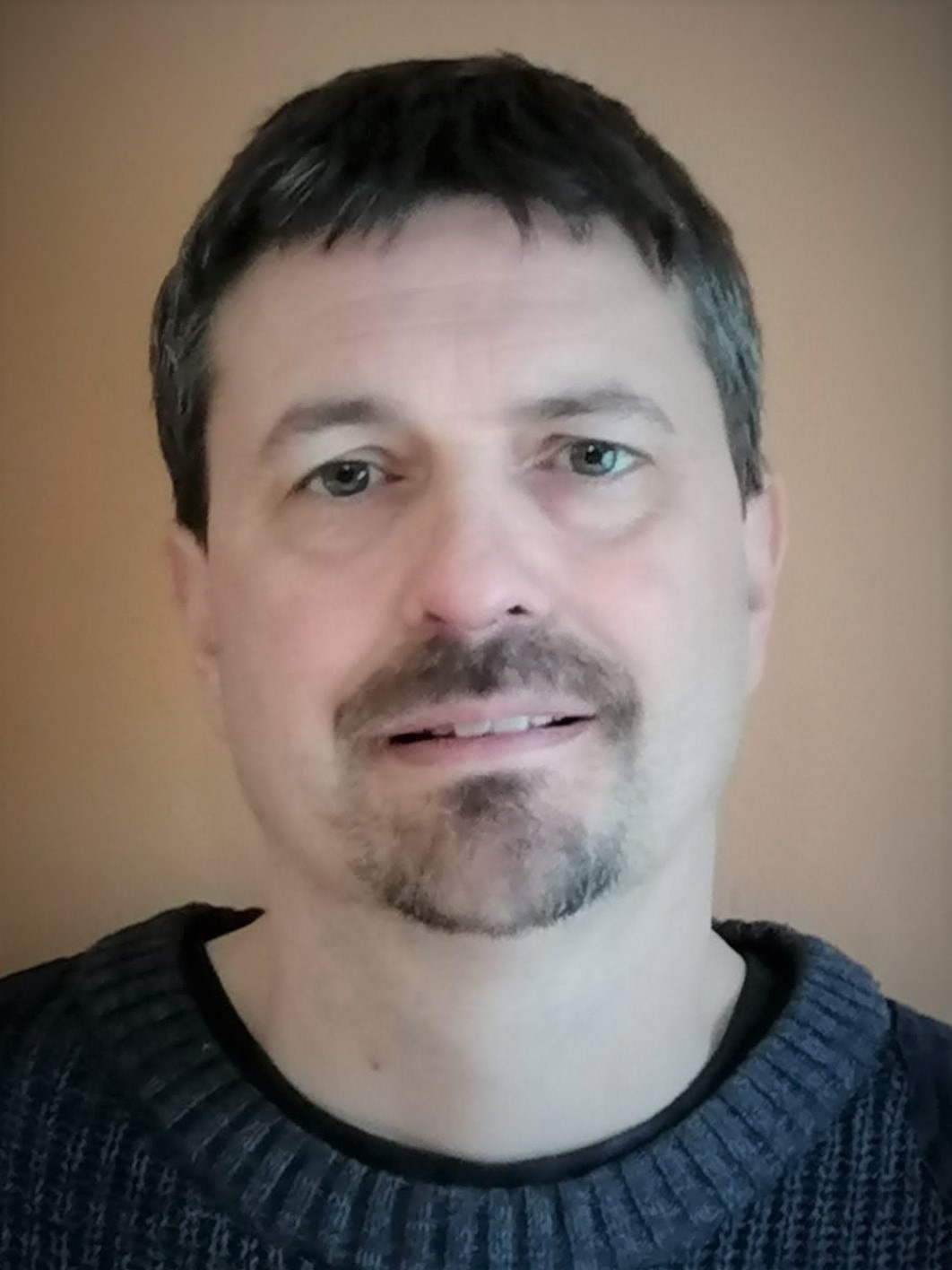 James was the Head of Physics at Tywyn Secondary School from 2014 to 2020. As a teacher, James has developed a reputation for being an exceptional and popular teacher that engages pupils with the universe in which we live and stimulate within them an inquisitive approach to environmental issues.  The Science department he is part has produced the highest A*-C GCSE exam results in Science in the region consistently for the last three years. From 2012 to 2014, James was teaching Mathematics and Physics at Penweddig Comprehensive School. From 2009 to 2012, he taught as supply teacher in various schools in various counties (Ceredigion, Powys, Gwynedd). From 2000 to 2008, James worked as Training Assistant Officer to assist teenagers who were taking apprenticeships.

He holds a Post Graduate Certificate in Education (PGCE) from the University of Wales Aberystwyth. He has a Bachelor of Engineering degree in Engineering Acoustics and Vibration and a Master of Arts degree in Music Technology.

James has harboured a genuine love of Physics and the Sciences from a young age. He is a keen astronomer and enjoys reading, cycling, swimming paddle boarding and sea fishing. He loves playing and writing music, especially guitar, challenging the perception of the geeky scientist stereotype.

James was born in Winchester, England. He is bilingual as a native English speaker who has taught himself to become fluent in Welsh.

The school will construct a purpose-built, environmentally friendly modular space for our secondary students in the grounds of the Montessori School of Mallorca. This will include new classrooms, a multipurpose room, laboratories and a new office as part of a 5-year project.

Mathematics is a creative and highly inter-connected discipline that has been developed over centuries, providing the solution to some of history’s most intriguing problems. It is essential to everyday life, critical to science, technology and engineering, and necessary for financial literacy and most forms of employment. A high-quality mathematics education therefore provides a foundation for understanding the world, the ability to reason mathematically, an appreciation of the beauty and power of mathematics, and a sense of enjoyment and curiosity about the subject.

The national curriculum for mathematics aims to ensure that all pupils:

English has a pre-eminent place in education and in society. A high-quality education in English will teach pupils to speak and write fluently so that they can communicate their ideas and emotions to others and through their reading and listening, others can communicate with them. Through reading in particular, pupils have a chance to develop culturally, emotionally, intellectually, socially and spiritually. Literature, especially, plays a key role in such development. Reading also enables pupils both to acquire knowledge and to build on what they already know. All the skills of language are essential to participating fully as a member of society; pupils, therefore, who do not learn to speak, read and write fluently and confidently are effectively disenfranchised.

A high-quality science education provides the foundations for understanding the world through the specific disciplines of biology, chemistry and physics. Science has changed our lives and is vital to the world’s future prosperity, and all pupils should be taught essential aspects of the knowledge, methods, processes and uses of science. Through building up a body of key foundational knowledge and concepts, pupils should be encouraged to recognise the power of rational explanation and develop a sense of excitement and curiosity about natural phenomena. They should be encouraged to understand how science can be used to explain what is occurring, predict how things will behave, and analyse causes.

The national curriculum for science aims to ensure that all pupils:

A high-quality history education will help pupils gain a coherent knowledge and understanding of Britain’s past and that of the wider world. It should inspire pupils’ curiosity to know more about the past. Teaching should equip pupils to ask perceptive questions, think critically, weigh evidence, sift arguments, and develop perspective and judgement.

History helps pupils to understand the complexity of people’s lives, the process of change, the diversity of societies and relationships between different groups, as well as their own identity and the challenges of their time.

The national curriculum for history aims to ensure that all pupils:

A high-quality geography education should inspire in pupils a curiosity and fascination about the world and its people that will remain with them for the rest of their lives.

Geographical knowledge, understanding and skills provide the frameworks and approaches that explain how the Earth’s features at different scales are shaped, interconnected and change over time.

The national curriculum for geography aims to ensure that all pupils:

The national curriculum for art and design aims to ensure that all pupils:

Learning a foreign language is a liberation from insularity and provides an opening to other cultures. A high-quality languages education should foster pupils’ curiosity and deepen their understanding of the world. The teaching should enable pupils to express their ideas and thoughts in another language and to understand and respond to its speakers, both in speech and in writing. It should also provide opportunities for them to communicate for practical purposes, learn new ways of thinking and read great literature in the original language. Language teaching should provide the foundation for learning further languages, equipping pupils to study and work in other countries.

The national curriculum for languages aims to ensure that all pupils:

A high-quality computing education equips pupils to use computational thinking and creativity to understand and change the world. Computing has deep links with mathematics, science, and design and technology, and provides insights into both natural and artificial systems. The core of computing is computer science, in which pupils are taught the principles of information and computation, how digital systems work, and how to put this knowledge to use through programming. Building on this knowledge and understanding, pupils are equipped to use information technology to create programs, systems and a range of content. Computing also ensures that pupils become digitally literate – able to use, and express themselves and develop their ideas through, information and communication technology – at a level suitable for the future workplace and as active participants in a digital world.

The national curriculum for computing aims to ensure that all pupils:

Design and technology is an inspiring, rigorous and practical subject. Using creativity and imagination, pupils design and make products that solve real and relevant problems within a variety of contexts, considering their own and others’ needs, wants and values. They acquire a broad range of subject knowledge and draw on disciplines such as mathematics, science, engineering, computing and art. Pupils learn how to take risks, becoming resourceful, innovative, enterprising and capable citizens. Through the evaluation of past and present design and technology, they develop a critical understanding of its impact on daily life and the wider world. High-quality design and technology education makes an essential contribution to the creativity, culture, wealth and well-being of the nation.

The national curriculum for design and technology aims to ensure that all pupils:

Music is a universal language that embodies one of the highest forms of creativity. A high- quality music education should engage and inspire pupils to develop a love of music and their talent as musicians, and so increase their self-confidence, creativity and sense of achievement. As pupils progress, they should develop a critical engagement with music, allowing them to compose, and to listen with discrimination to the best in the musical canon.

The national curriculum for music aims to ensure that all pupils:

A high-quality physical education curriculum inspires all pupils to succeed and excel in competitive sport and other physically-demanding activities. It should provide opportunities for pupils to become physically confident in a way which supports their health and fitness. Opportunities to compete in sport and other activities build character and help to embed values such as fairness and respect.

The national curriculum for physical education aims to ensure that all pupils:

A high-quality citizenship education helps to provide pupils with knowledge, skills and understanding to prepare them to play a full and active part in society. In particular, citizenship education should foster pupils’ keen awareness and understanding of democracy, government and how laws are made and upheld. Teaching should equip pupils with the skills and knowledge to explore political and social issues critically, to weigh evidence, debate and make reasoned arguments. It should also prepare pupils to take their place in society as responsible citizens, manage their money well and make sound financial decisions.

The national curriculum for citizenship aims to ensure that all pupils:

While the Montessori School of Mallorca is conveniently located right next to the train station, this is only useful for families from Palma or Inca. That is why with the introduction of Secondary education, we offer a subsidised daily school bus that runs from Manacor to our school and back on every school day.

As a medium-term goal, the Montessori School of Mallorca will implement the Middle Year Programme (MYP) of the International Baccalaureate (IB) Diploma.

The MYP curriculum framework comprises eight subject groups, providing a broad and balanced education for early adolescents. The MYP requires at least 50 hours of teaching time for each subject group, in each year of the programme. Find more information on the Middle Year Programme here.

We would love to hear from you. Get in touch with Miryam Biurrun Rada, our Head of Operations, at

Do you want to be updated on our Secondary education offer? Subscribe to our school’s NEWSLETTER.

In compliance with the General Data Protection Regulation (GDPR), your email address is never given away to anyone else. It is stored securely in the database of the website’s server. We will only use your email to inform you by email about upcoming developments of our school, events you may be interested in, open days for the school or training offers.